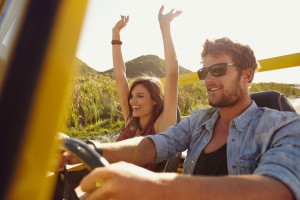 April is the cruelest month, but does it have to be? T.S. Eliot acknowledged the toll that early spring has on depression, and data backs up his claims. Suicides peak in April, but for people struggling with depression it is a year round battle. Early research on cannabidiol is giving depression sufferers another weapon to use in the fight against depression, a potential promise that with CBD you can live, and even thrive, in spite of the pain of depression.

Researchers from the University of Granada have scientifically proven that depression causes important alterations of oxidative stress. Therefore, they conclude, depression should be considered a systemic disease that affects the whole organism. Their research is a meta analysis of 29 previous studies, including almost 4,000 people. The research studies “ the imbalance between the individual increase of various oxidative stress parameters (especially malondialdehyde, a biomarker to measure the oxidative deterioration of the cell membrane) and the decrease in antioxidant substances (such as uric acid, zinc, and the superoxide dismutase enzyme).” The researchers found that after standard depression treatment the patients levels of malondialdehyde are reduced and at the same levels of non-depressed individuals. The researchers also found the levels of antioxidants were increased.

CBD is a patented antioxidant. Could treating depression with cannabidiol help this disorder? Researchers of the Universidad de Cantabria tested this hypothesis in a study recently published in the journal Neuropharmacology. In order to study depression in mice, the mice undergo a surgery to remove their olfactory bulb. When this portion of the brain is removed, the mice act similarly to depressed persons. This is known as the OBX model of depression. OBX depressed mice become hyperactive, suffer memory impairment, and lose their desire for sugar. When CBD was given to OBX depressed mice, their activity levels became more normal. Their hyperactivity level is reduced and the mice resume consumption of sugar rewards, indicating signs of decreased stress levels. CBD reduced signs of depression in the mice after only 30 minutes, and after one week, the CBD treatment completely reversed the depressed mice’s lost interest in sugar. Chemical profiles on the brains of the mice showed that CBD caused increased release of serotonin and glutamate.

Statistics show that depressed people tend to have more health problems and to die earlier. They are more prone to cardiovascular disease, and other life-shortening illnesses. So it does seem to indicate that depression takes a physical toll on the body as well as the mind. With the widespread nature of depression and its harsh effects on the body and mind, cannabidiol can become an important treatment for this disorder.

What is oxidative stress?

Oxidative stress are when levels of free radicals build up in the bodily tissues causing them to deteriorate and age faster. Oxidative stress contributes to illness, disease, and early death.

How do antioxidants help?

Antioxidants can help by eliminating free radicals in the body. When the free radicals are taken out, the body is not affected by the damaging properties of the free radicals. CBD is a patented anti-oxidant (US 6630507). Based on what we currently know about antioxidants, recent research on depression, and CBD treatment for depression, the evidence indicates that cannabidiol can be used to treat this disease. Hopefully, even more specific research will be completed to study the versatile compound. In the meantime, those wishing to supplement with CBD may choose from the available CBD products on the market, including Hemp Honey liquid, with 150mg of CBD Rich Hemp Oil per bottle.

Depression is more than a mental disorder: It affects the whole organism
http://www.eurekalert.org/pub_releases/2016-03/uog-dim030116.php

Need to reach the Hive?